That’s a question asked of us by a reader who asked to remain anonymous.

Not only does second hand smoke harm dogs and cats, it can actually increase their chance of getting cancer by up to four times. 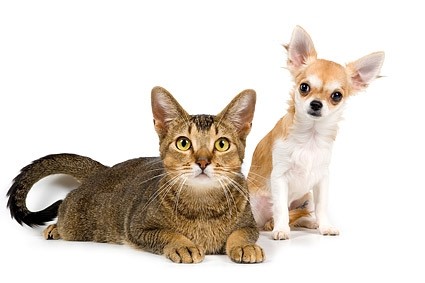 A vet from Tufts University, Maschusetts says a dog or cat living in a house with smokers has a significantly increased risk of getting feline lymphoma in cats and dogs are equally at risk of contracting similar, deadly disease.

This type of cancer kills three quarters of its victims within a year.

Dr Moore and other researchers have had their findings published in the American Journal of Epidemiology. He said "I think there are a lot of people who might not quit smoking for themselves or their family. But they might for their dogs or cats."

The researchers studied 180 cats treated at a Tufts veterinary hospital between 1993 and 2000. Finding that, adjusting for age and other factors, cats exposed to second hand smoke had more than double the risk of getting feline lymphoma. Exposed to five years of more of second hand smoke cats had more than triple the risk. In a two smoker household, the risk increased by a factor of four.

The same researchers plan a similar study on dogs but there is already significant from other studies showing the risk of cancer is greatly increased in dogs who are frequently exposed to second hand smokea .

The American Veterinary Medical Association (AVMA) has informed smokers that the increased cancer risk in dogs is just one other good reason to quit the habit.

“We’re all aware of the scientific research that shows that people who smoke are more likely to get certain types of cancer and other diseases, but a lot of people don’t know that the same goes for the pets of smokers,” said Dr. Ron DeHaven, chief executive officer, in a video encouraging pet owners to kick the habit.

Lung cancer and nasal cancer are particularly threatening to dogs while cats that live with smokers are twice as likely to develop malignant lymphoma — fatal to three out of four cats within a year — and are more likely to get mouth cancer.

Dr. John Reif, professor at the Colorado State University College of Veterinary Medicine and Biomedical Sciences, says that dogs with short noses have double the risk of lung cancer and long-nosed dogs such as collies have two and half times greater risk of nasal cancer from second hand smoke.

“Smoking is a very dangerous exposure for many human diseases — cancer, cardiovascular disease and others — and anything we can do to encourage people to stop smoking would be helpful,” Dr. Reif said in a podcast encouraging pet owners to kick the habit.

“I’m hoping that by publicising this information that more people will get involved in the Great American Smokeout this year, and the love of their pets will inspire them to finally kick the habit,” Dr. DeHaven said.

The American Legacy Foundation(R) too is challenging pet owners to quit smoking for the health of their pets. A growing body of research shows there are no safe levels of exposure to second hand smoke — for humans or for animals. And one new study shows that nearly 30 percent of pet owners live with at least one smoker — a number far too high given the consequences of exposure to secondhand smoke (“SHS”).

“Second hand smoke doesn’t just affect people,” said Dr. Cheryl G. Healton, DrPH, President and CEO of the American Legacy Foundation(R), the national independent public health foundation dedicated to keeping young people from smoking and providing resources to smokers who want to quit. “While most Americans have been educated about the dangers of smoking to their own bodies, it is equally important that pet owners take action to protect their beloved domestic pets from the dangers of secondhand smoke.”

An estimated 50,000 Americans lose their lives to second hand smoke annually and 4 million youth (16 percent) are exposed to second hand smoke in their homes. A number of studies have indicated that animals, too, face health risks when exposed to the toxins in second hand smoke, from respiratory problems, allergies and even nasal and lung cancer in dogs and lymphoma in cats. In addition, the ASPCA, one of the largest animal rights groups in the U.S., lists tobacco smoke as a toxin that is dangerous to pets.

“Nicotine from second hand smoke can have effects to the nervous systems of cats and dogs,” said Dr. Sharon Gwaltney-Brant, Medical Director of the ASPCA’s Animal Poison Control Center. “Environmental tobacco smoke has been shown to contain numerous cancer-causing compounds, making it hazardous for animals as well as humans. Studies have shown increases in certain types of respiratory cancers in dogs that live in homes with smokers. In addition, exposure to secondhand smoke has been shown to cause many of the same harmful inflammatory changes in the airways and lungs of dogs as their human counterparts. For these reasons, owners should not expose their pets to second-hand smoke in order to minimize the risk of their pets developing lung disease or cancer.”

According to a study published in the February 2009 edition of Tobacco Control, 28 percent of pet owners who smoke reported that information on the dangers of pet exposure to SHS would motivate them to try to quit smoking. These findings, coupled with the research on the effects of SHS exposure to animals, signals a new front in the public health community’s battle to save lives from tobacco-related disease.

In order to better protect dogs, cats or other pets, the foundation and ASPCA recommend that smokers — who often consider their domestic pets a part of the family — “take it outside” when they are smoking. The foundation also provides resources and information to smokers who want to quit for their own health through a national campaign called EX(R), including a Web site for smokers who are quitting just for their pets: