Animal charities have today revealed that more than 850,000 cats* in the UK have had unplanned litters, leaving many owners unprepared for the cost and commitment of raising kittens and struggling to find them suitable homes.

The charities are warning owners not having their cats neutered could lead to a population explosion as these unplanned litters could add up to as many as 4.3 million potentially unwanted kittens.** 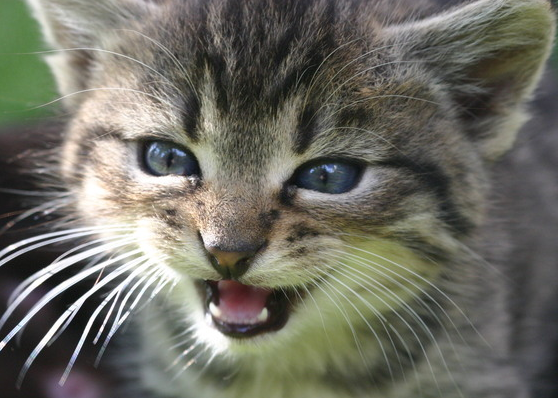 The nine animal welfare charities*** which make up the Cat Population Control Group (CPCG) are urging cat owners to get their animals neutered to avoid more unwanted felines ending up on the streets or in rescue centres that are already struggling to cope.

Research from vet charity PDSA has revealed that just 15% of cat owners whose animals had kittens had planned for the litters.

These high numbers of unplanned and potentially unwanted kittens continue to cause strain on animal charities and rescue centres. There are already over 11 million**** cats in the UK and thousands of these end up abandoned in rescue centres across the country every year.

To tackle the issue, the CPCG today launched its annual World Spay Day campaign to encourage more owners to get their cats neutered.

Nicola Martin, Head of Pet Health & Welfare at PDSA, said: “Our research has shown that unprepared cat owners are putting themselves in an unnecessary and potentially challenging position by not getting their cats neutered.

“The impact of this can be both costly and stressful if a cat becomes pregnant as it can be very difficult to find loving new homes for large numbers of kittens. As a result, we know that sadly many cats end up in rehoming and rescue centres.”

According to PDSA’s Animal Wellbeing (PAW) Report, which was produced in conjunction with YouGov, nearly a quarter of cat owners (24%) whose cat has not been neutered said their felines had not been neutered because they “hadn’t thought about it”. Other top reasons for not getting the procedure done included simply not getting around to it (13%) and that it was too expensive (8%).

Nicola added: “Neutering has numerous health benefits for your cat and is, in fact not as expensive as many people think. By getting your cat neutered, not only will you be avoiding the risk of an unwanted or unplanned pregnancy but you will be reducing their risk of contracting diseases such as cancer or FIV – the feline equivalent of HIV.

“Many pet owners also believe that neutering should take place when their cat is around six-months-old but our advice is that for maximum health and welfare benefits, it should take place from four months of age.”

Thanks to funding from players of People’s Postcode Lottery, PDSA will be educating more owners about the benefits of neutering, through a team of Pet Wellbeing Champions in PDSA’s Pet Hospitals. The CPCG is using World Spay Day to encourage owners of unneutered cats to speak to their vet about neutering. For more information please visit www.pdsa.org.uk/worldspayday