Buster is quite hard to buy for. She has specific toys she likes, and a lot she doesn’t. She loves her treats but that love can sometimes be short lived. Having been used to reviewing and receiving monthly goody boxes on subscription for her canine friends, Mia, Christopher and Danny, we were quite keen to see just what a monthly goody box for cats would look like and what it might include. Ultimately, we wanted to know just how much would be included that would be good and useful, as well as good value. 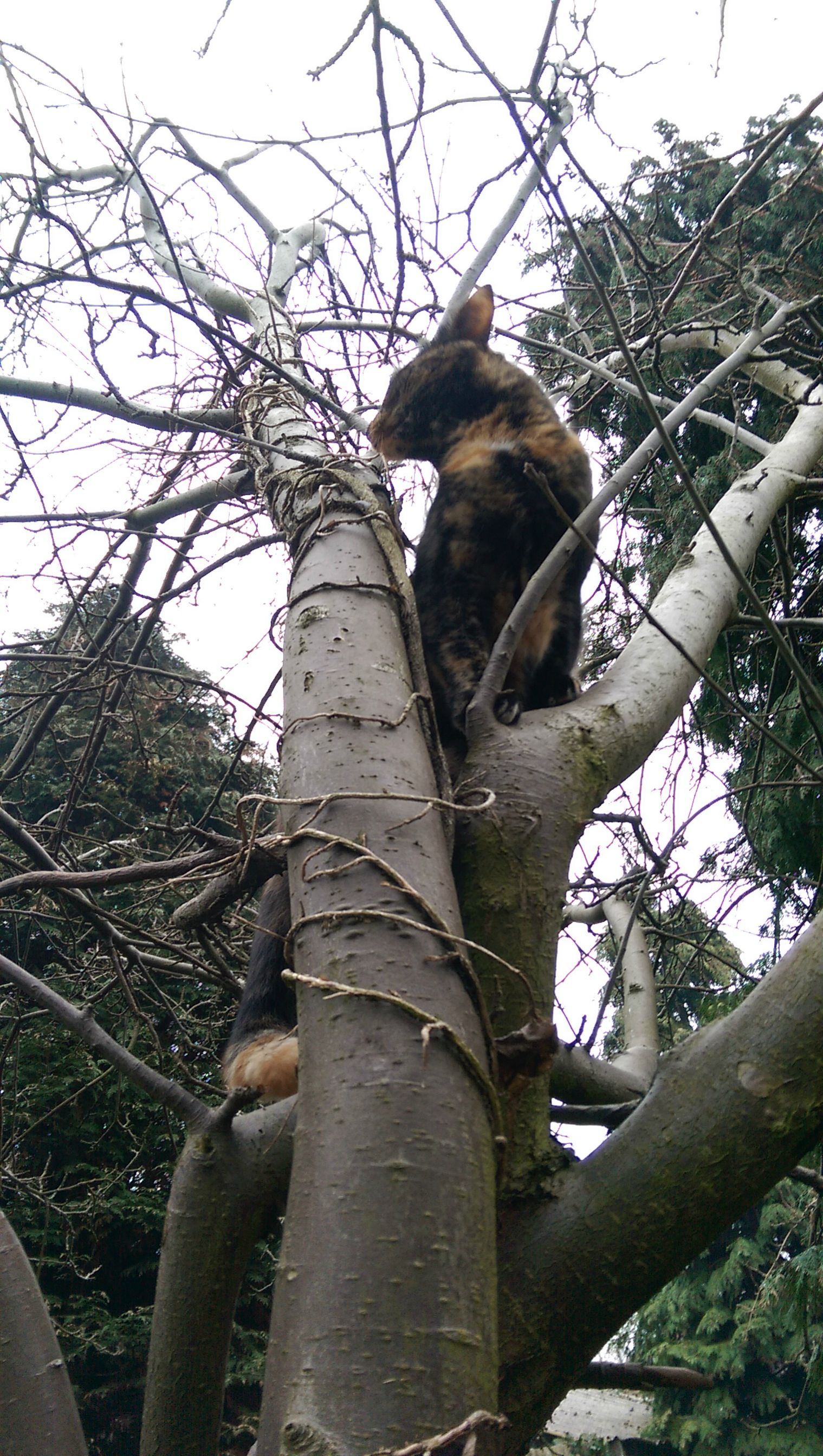 Just today we received a box from Purrfectbox, a company well established in France but new to the UK.

We received the June box which included six treats. 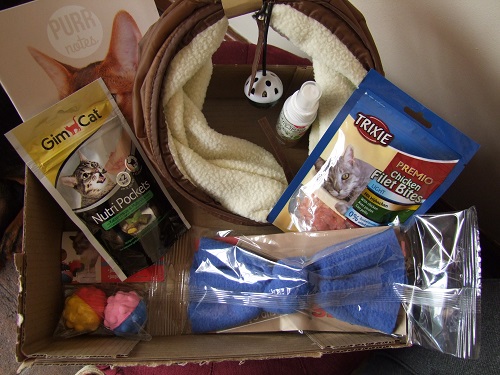 A Valerian cuddle knot, handmade in Germany. Two sets of treats – one from Animal Farm with a strong cat nip taste, and one set of Chicken Fillet bites. There was also some cat nip spray, a tunnel toy and a pack of two bouncy soft balls. I was thrilled to see these as Buster has a habit of playing with similar toys she has, or had, before losing them.

Let’s be honest, sometimes it’s the fun of ordering something and knowing you have something arriving or you or your pet that can be the fun part of the process. The anticipation they’ll like, nay, love what you’ve chosen for them but it seems for the standard price (£19.90 without subscription), that this box gives you a lot for your money and our expectations were more than met.

We’ve mentioned she’s a picky little madam. We were excited when we opened the box and saw all inside but what would she enjoy? That was the question and it didn’t take us long to find out.

When she first saw her box she tentatively took a peek inside. Having gathered interest from her canine friend, Mia, we moved to the table so she could test her goodies out in peace. 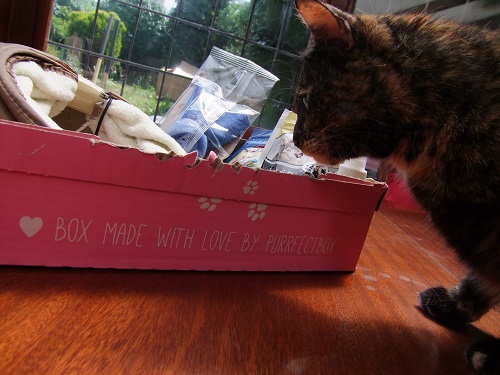 One by one we opened to give her time to sniff, and one by one she tested them out eating the treats, sniffing and entering the tunnel and playing with her toys. 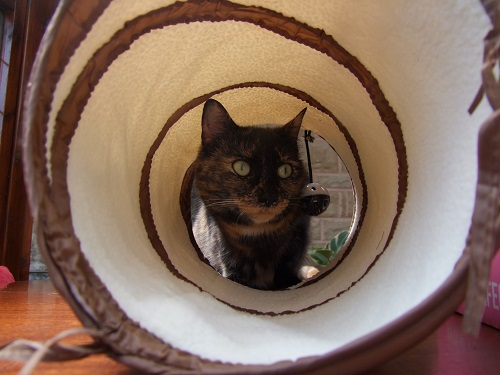 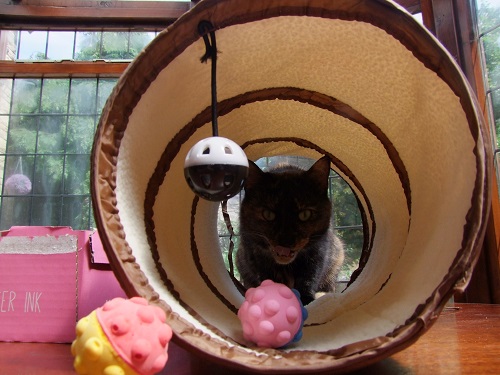 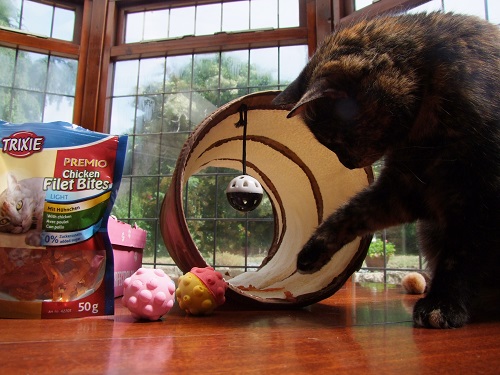 Overall, it’s not hard to see what her favourite was. The Valerian cuddle knot was an instant hit. 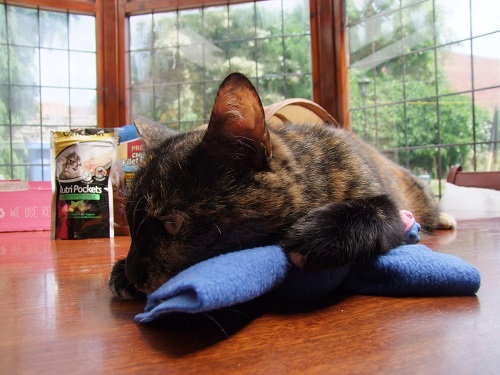 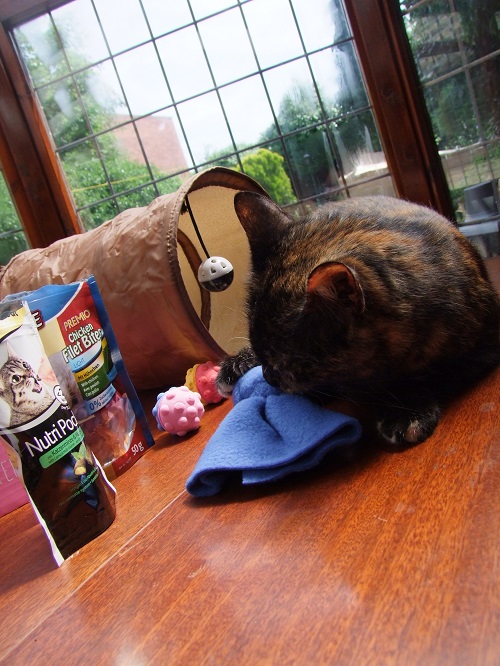 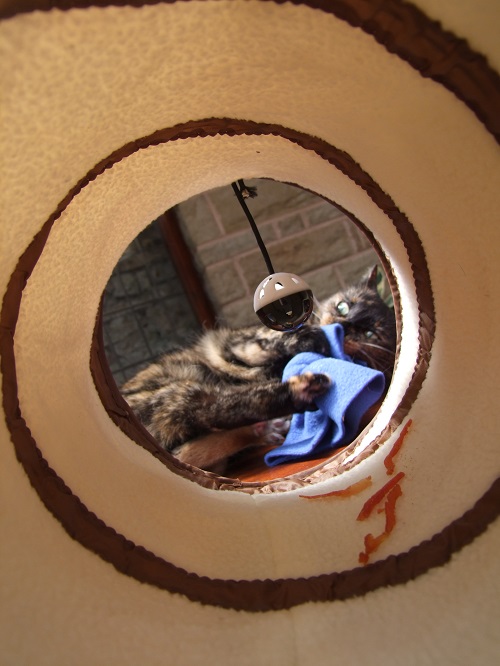 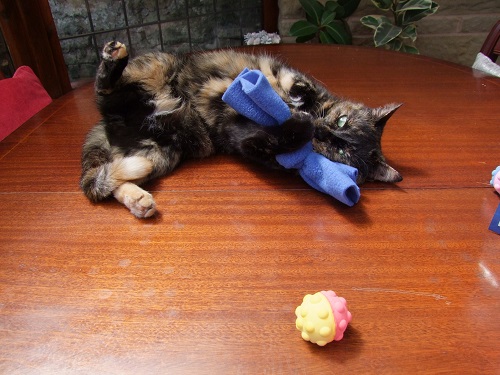 It does have a particular smell which hits you instantly, but it must be that same smell which made it something Buster sniffed, licked then took to task. She temporarily let it go while playing with the bouncy balls before she decided she’d start playing again.

All in all, we’d give this a huge thumbs up. 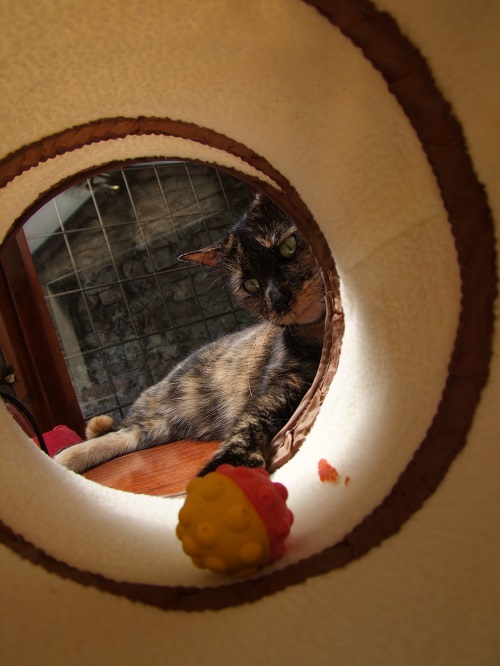 Find out more about the June and previous month boxes to see if you think your cat would enjoy one before you sign up for your free trial on the Purrfectbox website: https://purrfect-box.co.uk/concept/try