Our gardens can be an oasis of tranquillity, a playground, a place to play hide-&-seek or a potential death trap for our pets. Many owners assume their cat would know what potentially lethal substances to avoid. They’d be wrong.

In the average UK garden lurks a number of very dangerous plants, weeds and other substances that we need to be aware of for the sake of our cat’s health and safety. 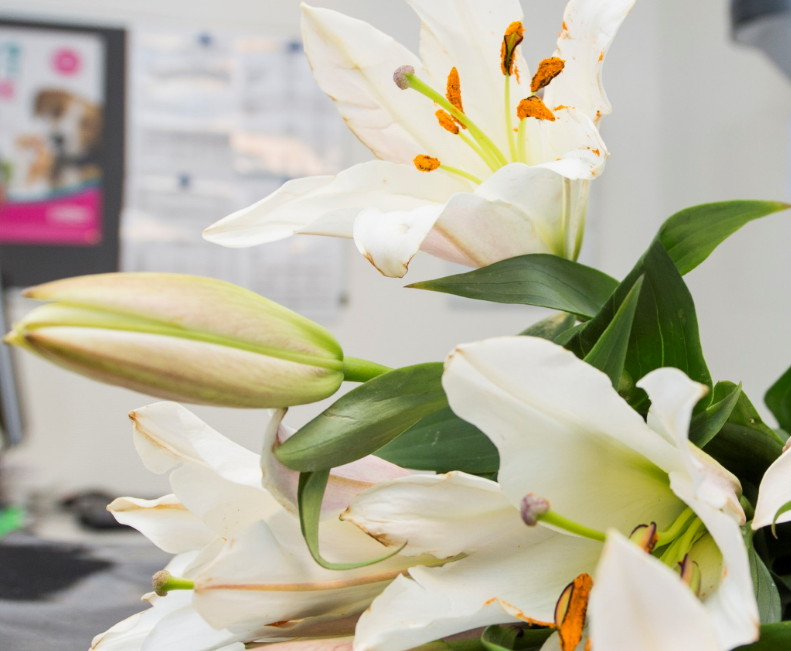 Leading vet charity PDSA has issued a warning to pet owners after a cat from Glasgow was saved by their vets after eating lilies, which are highly toxic to felines. According to the charity, lilies are among a number of common plants which can pose a severe threat to pet health.

One-year-old cat Oscar’s ordeal began when owner Chloe Morrison received a bouquet of flowers from her partner. She said: “I got up the next day and Oscar’s face was bright yellow, I had no idea what it was until I went into the kitchen and found the flowers strewn around, all chewed.

“I’d read somewhere that lilies could cause problems if eaten, so I rang PDSA to check. I was shocked when they told me how dangerous they were. The vets advised me to bring Oscar straight in.”

PDSA vets immediately gave Oscar intravenous fluids to help flush out the toxins. PDSA Vet Nurse, Lizzi Mackie, explained: “Sadly there is no cure for lily poisoning. Ingesting just a small amount can be fatal. Tests showed Oscar had kidney damage already. We were doing everything we could, but Oscar’s life hung in the balance.”

Chloe said: “I was so worried we would lose him. You don’t realise how much a part of the family they are until something like this happens. We would have been devastated, but thanks to PDSA, we’ve got our boisterous boy back home.”

Vet nurse Lizzi continued: “Oscar was very lucky, and I’m sure his successful recovery was partly due to the speed his owner got him to PDSA. It could easily have been a very different story. Lilies are particularly dangerous to cats; even getting a small amount of pollen on their coats, which they then ingest when grooming, can prove fatal.

“My advice to anyone who thinks their pet may have eaten something they shouldn’t is to call your vet straight away – it may mean the difference between life and death.”

Chloe is now very cautious about what she brings into the house, saying: “It’s made me much more aware of the potential scrapes cats can get themselves into. Even though I appreciated the flowers, I’ve asked my partner not to buy them for me in future – he’s quite happy about that!”

Lilies aren’t the only flower that can be toxic to pets, here are some other ‘horticultural horrors’ to look out for:

Flowers That Are Dangerous to Cats