Survey shows neutering is a tough nut to crack

A national cat charity is today (Tuesday 24 September) calling for an urgent shift in pet owners’ thinking in order to control the UK’s cat population, after being inundated with thousands of unwanted kittens again this summer.

Cats Protection is urging owners to neuter their cats at four months of age – two months earlier than the traditional six months – because this is when cats reach sexual maturity.

The call follows a recent survey carried out by the charity which found that just four per cent of people neutered their cat at or before the recommended four months. 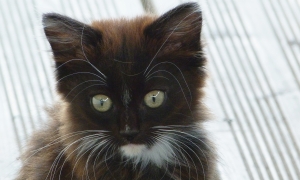 Each year, Cats Protection takes in thousands of unwanted or abandoned kittens which are the result of unplanned breeding so the charity is keen to make cat owners aware of the need to neuter.

“Getting the neutering message across is proving to be a very tough hurdle for cat welfare because our research shows the vast majority of people are still not neutering their cats early enough to avoid unwanted litters of kittens,” explained Jane Clements, Cats Protection’s Neutering Manager.

“Without neutering, the UK’s cat population quickly gets out of control and each summer we are overwhelmed with kittens in need of homes so it is vital people ensure their cats are neutered at the correct age to prevent unwanted litters.” 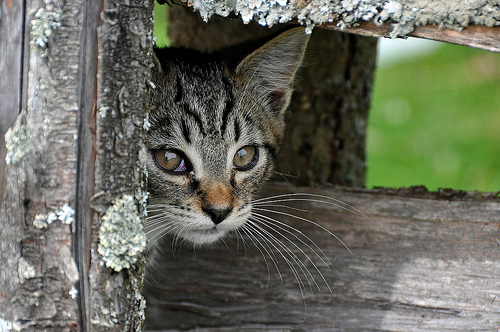 While the lack of early neutering was a problem across Britain, the survey found the ITV Yorkshire and ITV Central areas are the least likely to neuter at the recommended age, both with just one per cent of cats neutered at or before four months.

Cats Protection is planning to open a new homing centre later this year in Gildersome, Leeds, Yorkshire, and it is hoped its presence there will raise awareness of the need for better cat welfare and early neutering. The centre will find homes for around 500 cats each year, increasing the charity’s work in the region by up to 68 per cent. Information about the new centre can be found by visiting www.cats.org.uk/support-us/future-for-cats/gildersome-homing-centre

The charity is also embarking on a large scale neutering campaign in North Birmingham, which it is hoped will help to raise awareness of the issues in the area.

Cats Protection runs a national register of veterinary practices that carry out neutering at four months of age or earlier so to find a vet in your area, or to register your vet surgery, please visit the website at www.cats.org.uk/early-neutering

• One unneutered female cat can be responsible for 20,000 descendants in just five years

• Cats can start breeding from just four months of age

• Cats will readily breed with their brothers, sisters and parents

• Neutered cats do not ‘miss’ their organs or opportunities to reproduce or rear a litter – they are not people!